The Great Pyramids of Egypt 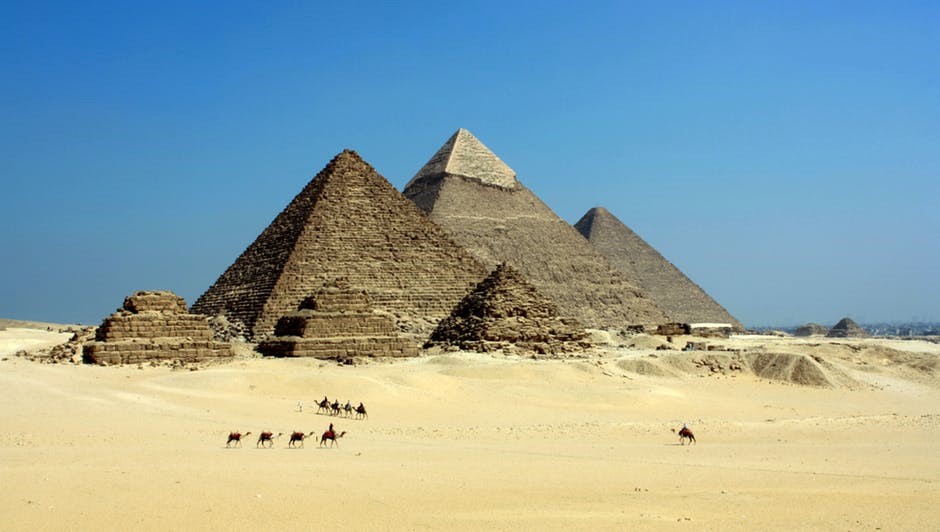 It is generally accepted that a visit to Egypt to see the magnificent Pyramids is on almost everyone’s bucket list. I remember when I first travelled to Giza which is a small town on the outskirts of Cairo, many people think that the Pyramids are in the middle of Cairo but they are in the small town of Giza. I arrived late at night and checked into the hotel, it was pitch black and I was soon in bed sleeping like a log.

On waking up the next morning, I opened the curtains and there to my absolute amazement were the Pyramids.  The view literally took my breath away, it’s difficult to comprehend just how enormous the Pyramids are. It is incredible to think that the Egyptians built these structures more than three thousand years ago and they are still standing in all their magnificence. There are some people that believe the Pyramids were built by aliens from outer space on the basis that the building equipment they had back then was very primitive. Many modern-day engineers from around the world still cannot fathom how the pyramids were built even with the most up to date computers and building technology.

I personally have never met anyone who hasn’t been super impressed by their visit to the Pyramids which is quite often achieved in the first two days of arriving in Egypt. The flight from Cairo to Luxor takes less than an hour and it is from Luxor that you can start your river Nile experience on the beautiful Princess Donia Dahabeeyah sailboat. Your journey to Aswan will give plenty of opportunities to visit the other tombs and temples of the ancient Egyptians including a visit to the tomb of Tutankhamun, the first tomb that was found in tact with all of its magnificent treasures.